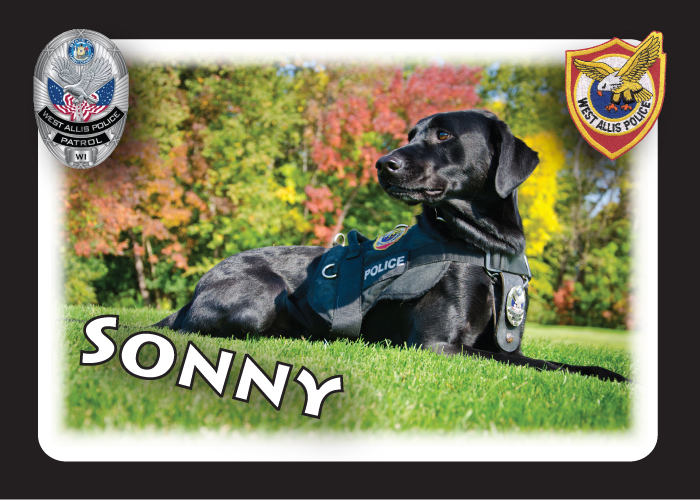 K-9 Sonny is a Black Labrador Retriever born on July 28, 2008, at Shallow Creek Kennels, which is located in Pennsylvania. He is certified through the Minnesota State Patrol and is trained in the area of Narcotics Detection. K-9 Sonny can detect the following odors: Marijuana, cocaine, "crack" cocaine, heroin, methamphetamine, and ecstasy. In 2012, K-9 Sonny and his partner, Cpl. Jeffrey Zientek, participated in working the port of entry at the International Border Crossing with U.S. Customs, U.S. Border Patrol, and Minnesota State Patrol. Cpl. Zientek and Sonny are assigned to the Special Investigations Unit. Recognized by the Wisconsin Law Enforcement Canine Handler Association as the 2011 Rookie Canine Team of the Year. 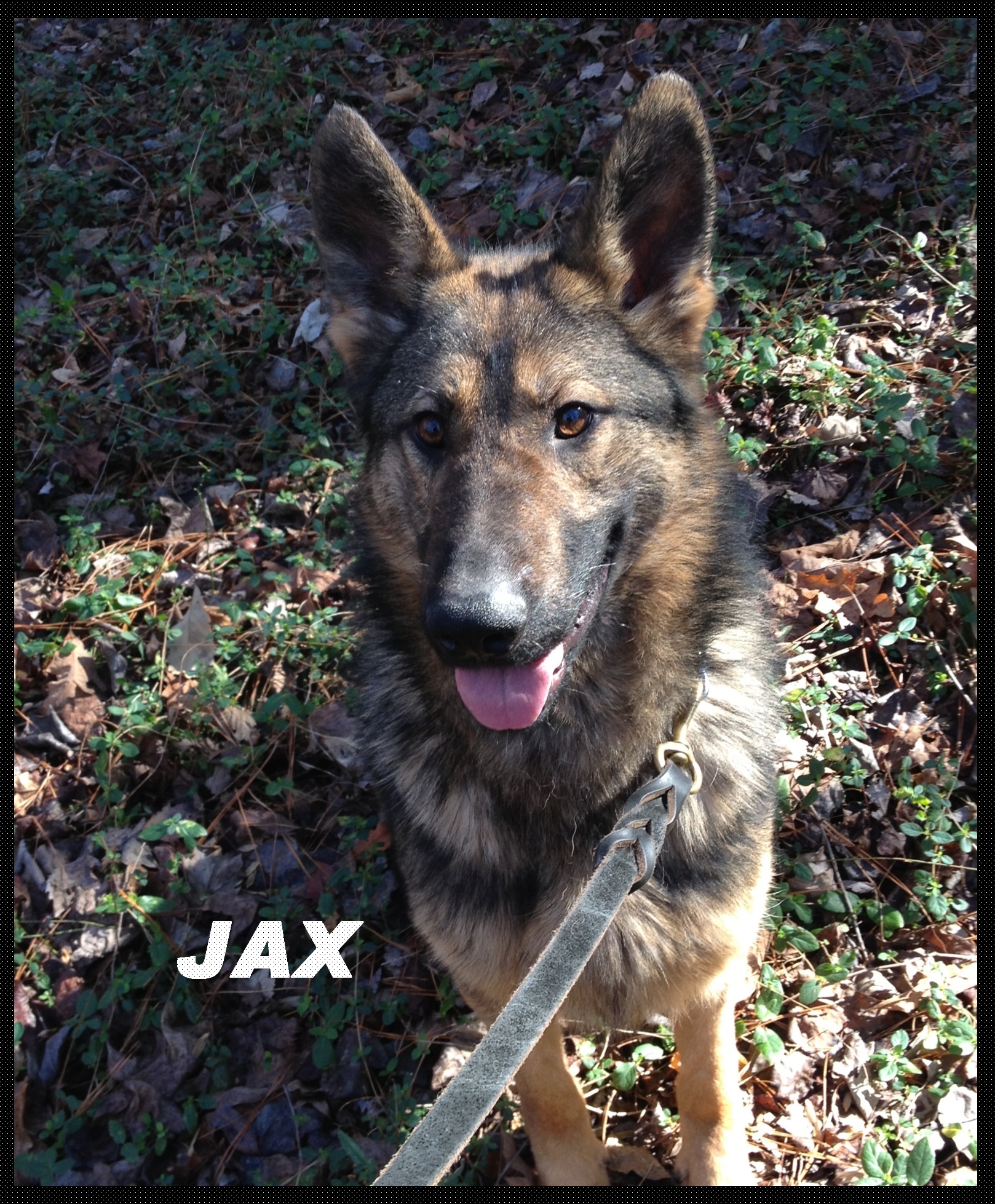 K-9 Jax is a German Shepherd / Belgian Malinois mixed breed born on April 11, 2011, in Hungary. He received his initial training at Southern Police Canine Inc, which is located in North Carolina. K-9 Jax is certified in area and building searches, tracking, evidence recovery, and officer protection. K-9 Jax responds to Dutch commands. Cpl. Cerqua and K-9 Jax have been partnered together since January 2013 and are assigned to 2nd shift patrol. 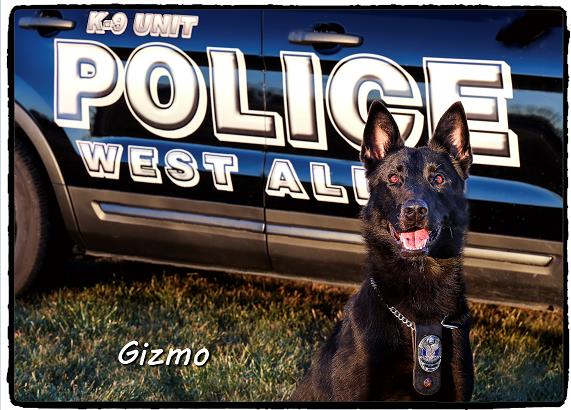 K-9 Gizmo is a German Shepherd born on January 29, 2015 in Holland. He received his initial training at Southern Police Canine, Inc. in North Carolina. K-9 Gizmo responds to Dutch commands. He is trained in narcotics detection, evidence recovery, area and building searches, tracking, and handler protection. Cpl. McNally and K-9 Gizmo have been partnered together since October 2017 and are assigned to 3rd shift patrol.