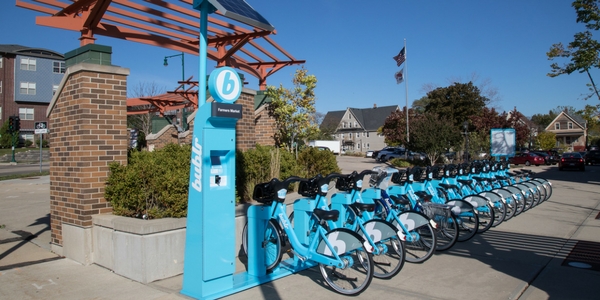 In 2015, the City of West Allis received Federal grant funding from the Wisconsin Department of Transportation's Transportation Alternatives Program (TAP) to design and implement a Bike Share system in West Allis. The projected total project cost of the proposed nine-station system was $499,200, which requires a 20% local match that was expected to be funded by a combination of private contributions and successful redevelopment projects. The system, once installed, would be operated by an outside organization.

In the summer of 2016, the City of West Allis, along with its selected engineering consultant R.A. Smith, held a Public Information Meeting to discuss the proposed system and draft station locations. Final site locations for 8 stations were approved in the spring of 2017, based on desired system concentration, expected usage and the project's budget.

The City partnered with Bublr Bikes, a Milwaukee based non-profit bike share program, to establish the 8 stations in West Allis. The stations were dedicated in October, 2017 at a ceremony attended by community leaders, City officials, the media and Bublr staff.